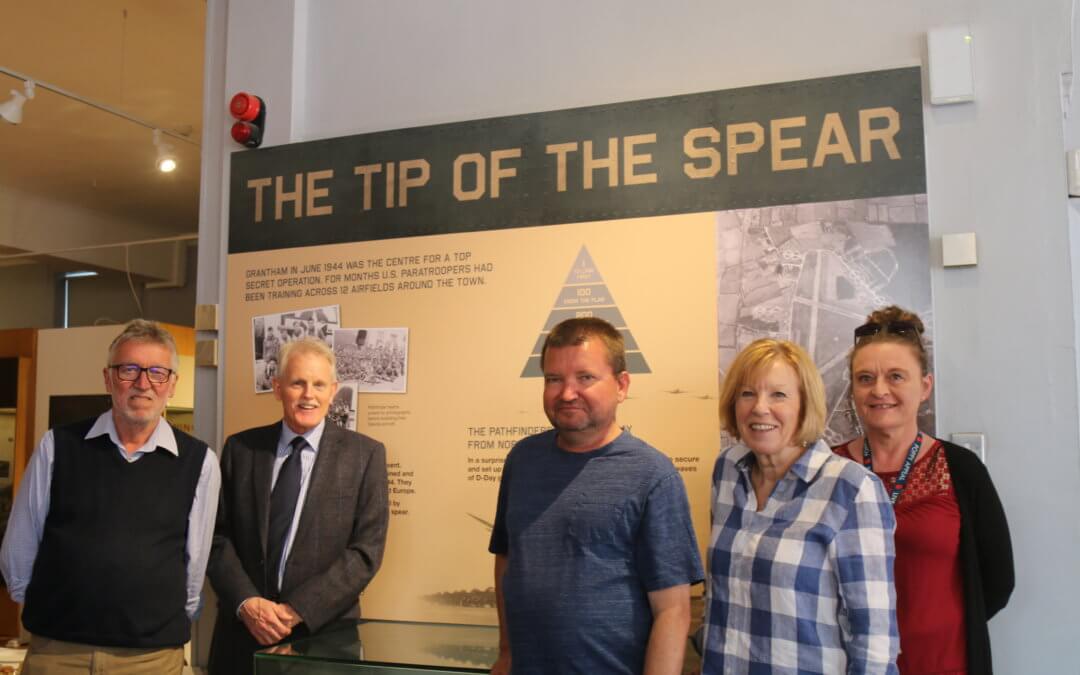 A new exhibition has been launched at Grantham Museum telling the story of an audacious mission launched from RAF North Witham on the eve of D Day.

The Tip of the Spear brings to life what happened on June 5, 1944, as aircraft of the United States lX Troop Carrier Command Pathfinder School spearheaded the invasion of Normandy, carrying specially trained paratroopers from the US Army’s 101st and 82nd Airborne Divisions.

The exhibition, organised by the visitor economy team at InvestSK, South Kesteven District Council’s economic growth and regeneration company, tells how pilots and an elite unit of 200 paratroopers came together at what is now Twyford Wood near Colsterworth.

Andrew Norman, head of visitor economy for Invest SK said: “We were reminded just how important this mission was by the visit of Lt Col David Hamilton, the last surviving pilot from the mission.

“He brought to life how dangerous it was, flying low over the Channel at night to dodge the radar and drop paratroopers behind enemy lines to set up radio signalling equipment to guide in the oncoming airborne invasion.”

“This exhibition reminds us all why we need to remember what happened locally as a major contributor to the whole D-Day effort.”

With secrecy strictly observed, the exhibition tells how one American serviceman broke a leg in Nottingham and would not allow treatment until another member of the Pathfinder force was there, for fear of divulging information under anaesthetic.

Clothing, equipment, and descriptions of the ‘rodeo’ organised to attract the best pilots are all on display. The exhibition was curated by Jim Grevatte with the help of local aviation heritage enthusiasts and sponsored by Viking Signs.

Grantham Museum is open on Thursday, Friday and Saturday between 10am and 4pm.