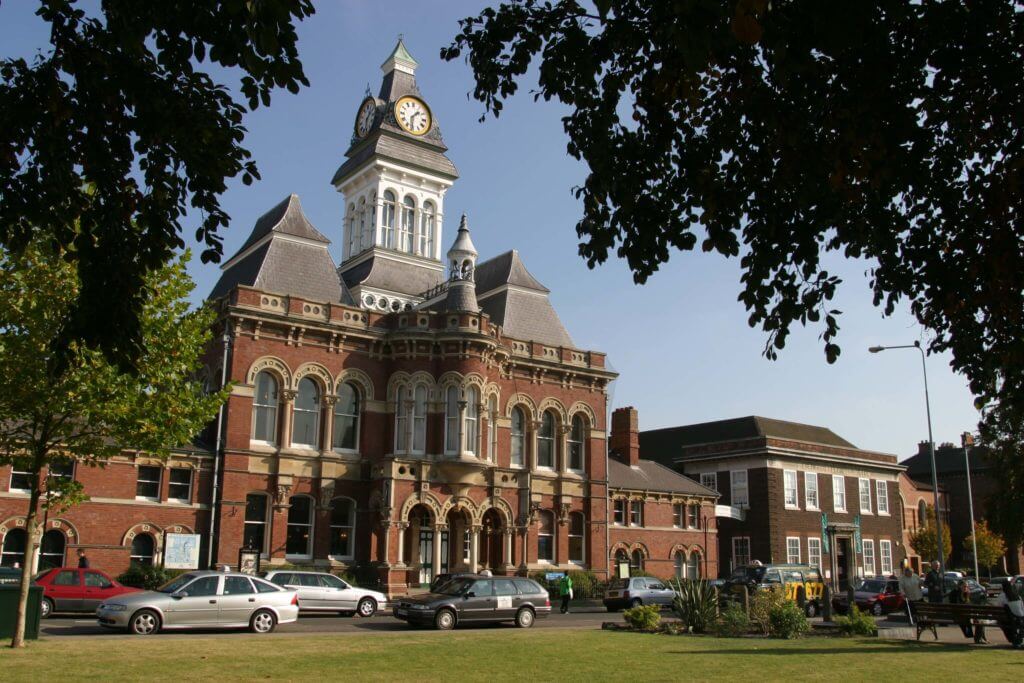 The beautiful market town of Grantham is a fantastic starting point when discovering the area of South Kesteven. The town began as a Saxon village and grew into a market town during the 11th century. It was recognised in the Domesday Book in 1086 with a recorded population of 183 households and in the Middle Ages, the town was successful in the wool and leather trade.

St Wulfram's Church towers over the historic town and was described by Simon Jenkins as ‘the finest steeple in England’. The Angel and Royal Hotel located on the High Street dates back to the 13th century and is one of the oldest coaching inns in the country. The charming property has hosted no less than seven Kings and Queens over the centuries.

The origin of many

Birthplace of Baroness Margaret Thatcher, Grantham was home to Britain’s first female Prime Minister. Sir Isaac Newton, the founding father of modern science and arguably Grantham’s greatest son, was educated at King’s School located on Brook Street. His legacy and achievements are echoed in the biennial Gravity Fields Festival of Science, Arts and Heritage which takes place in the town and attracts thousands of visitors.

With its intriguing story of American airborne forces from World War Two, Grantham Museum is a wonderful place to visit. It features permanent exhibitions detailing the lives of Margaret Thatcher and Sir Isaac Newton and admission is free. Notable former residents can be traced with the assistance of the town’s Blue Plaque Guide. Listing the homes, work places and schools of many, including Edith Smith, who was Britain’s first female police officer with the power to arrest. Also details about Captain Albert Ball, who was recognised as the United Kingdom’s flying ace with 44 victories during World War One.

Take the opportunity to walk or cycle the Riverside Trail alongside the Witham River as it wends its way through the peace and calm of the parklands that extend across Grantham. If you fancy moving out of the town, visit nearby Belton House (National Trust) or enjoy a narrowboat trip on the Grantham Canal at Woolsthorpe by Belvoir.

The adventures don’t stop there, perhaps embark on a carriage ride with Fawcett Driving Horses. Other nearby highlights include the Manor Stables Craft Centre at Fulbeck or alpaca trekking with JandJ Alpacas at Dry Doddington.

No visit to Grantham would be complete without a visit to one or more of the town’s world class heritage attractions. Take a tour of Belvoir Castle which has been used for the filming of The Crown and Victoria and Abdul. Or Belton House which was used in Pride and Prejudice, The Da Vinci Code and The Young Victoria. Both properties are set in beautiful landscapes with heaps of history to absorb and reflect upon.

If you’re a keen gardening enthusiast, Easton Walled Gardens is a restored gem with twelve acres of land to enjoy. In the village of Woolsthorpe, near Stamford, you can visit Woolsthorpe Manor which was the family home of Sir Isaac Newton.

Enjoy a bit of adrenaline?

You’ll be able to find entertainment for the whole family at Ancaster Leisure on the outskirts of Grantham. The indoor and outdoor venue suits all ages with fun activities such as paintballing, bowling and laser tag on offer. If you’re looking for something a bit more relaxed, Belton Woods Golf Course offers two championship courses to choose from.

With plenty of things to do, make Grantham part of your Lincolnshire holiday. Discover what’s on, enjoy locally sourced food and drink and seek out a superb range of visitor attractions across South Kesteven.

And while you’re here, visit our other historic market towns of Stamford, Bourne and Market Deeping.

Explore our beautiful locations in Grantham

Self Catering
Visit and stay in the holiday cottages or loft apartments on the Easton estate. At the heart of the estate ...
Read More

B&B, Self Catering
Thorns Farm offer 'the ideal home from home'. Our 7 self-contained Bed & Breakfast apartments have a lot to offer ...
Read More

B&B
Welcome to Churchfield House, a comfortable single-storey family house. Surrounded by fields and set in lovely gardens, the house is ...
Read More

Self Catering
Greystones Lodge is a delightful detached stone holiday cottage set in a secluded courtyard in the pretty village of Swayfield, ...
Read More

B&B
Allington Manor is situated on the fringe of the Vale of Belvoir and in a tranquil village with excellent road ...
Read More

Self Catering
Hello my name is Lynn and I look forward to welcoming you to my luxury self contained apartment with private ...
Read More

B&B
A grand Georgian house set in sixteen acres of parkland in the Vale of Belvoir. All modern luxuries, log fires ...
Read More

Pub
Located in the small village of Great Gonerby, on the B1174 just outside the historic town of Grantham. At The ...
Read More

Cafe, Garden Centre
We are are small family business that specialises in fresh homemade cakes, light bites - with good coffee and a ...
Read More

Pub, Restaurant
A warm welcome always awaits you at the Griffin Inn - a traditional stone building, nestling in the beautiful rural ...
Read More

Pub, Restaurant
The Fox and Hounds is a brilliant country side pub in a lovely little village. We are an excellent destination ...
Read More

Cafe
: At the gateway to Belvoir Castle: Cafe Allez! ... your favourite coffee shop. With the best views and the ...
Read More

Cafe
Both Downtown Grantham sites offer customers tasty treats from sweet to savoury. With homemade classics such as lasagne or cottage ...
Read More

The Thorold at Marston

Cafe, Pub
A newly refurbished community-owned restaurant, cafe and bar situated in the picturesque village of Marston, near Grantham and just off ...
Read More

Pub, Restaurant
The Red Lion is a 17th-century country inn in the picturesque village of Caythorpe, situated 8 miles from Grantham & ...
Read More

Culture
For a modest Lincolnshire town, Grantham packs quite a punch with its prodigal sons and daughters: both the 17th century ...
Read More

Heritage, Historic
The parish church of St Wulfram is a noble building, one of the largest medieval churches in the country, seating ...
Read More

Activities
Have you thought of having a go at Carriage Driving? Lincolnshire based Bennington Carriages, a family business for over 50 ...
Read More

Activities, cycling
Hire a bike for the whole family in Grantham's Wyndham Park for access to the riverside trail, and to Belton ...
Read More

Activities, Outdoor
Stoke Rochford Golf Club lies 6 miles south of Grantham and is accessed from the A1 North bound. This Lincolnshire ...
Read More

Outdoor
450 years ago, Easton Walled Gardens was owned by the Cholmeley family and enclosed by a stone wall. It still ...
Read More

Culture
A particularly fine 12th-15th century Grade I listed church. It is the final resting place of the Upright Judge, Sir ...
Read More

Culture
The Grantham Canal towpath offers visitors a delightful 33 mile meander through the Vale of Belvoir. Opening in 1797, the ...
Read More

Culture
Explore the history of this Grade 1 church dating from the 11th Century and one of the oldest churches in ...
Read More

Historic
Sitting elegantly in formal gardens with views across pleasure grounds and an ancient deer-park, Belton is often cited as being ...
Read More

Historic
Belvoir Castle is the ancestral home of the Dukes of Rutland and the family have lived there in an unbroken ...
Read More

Activities, Outdoor
Come and visit us here at JandJ Alpacas - situated between Newark and Grantham, 3 miles off the A1. We ...
Read More

Shopping
Totally Locally is a community initiative to showcase the amazing range of independent shops and events in the market town ...
Read More

Garden Centre, Shopping
Rasell's Nurseries is a beautiful plantsmans nursery that hopes to inspire everyone to make the most of their outdoor area, ...
Read More

Garden Centre, Shopping
We are are small family business that specialises in fresh homemade cakes, light bites - with good coffee and a ...
Read More 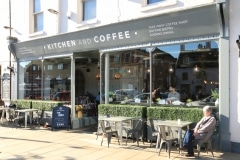 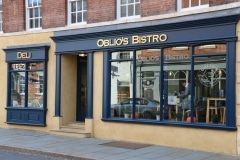 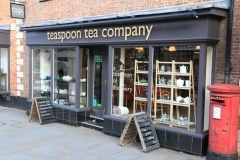 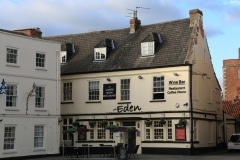 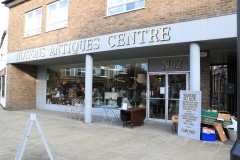 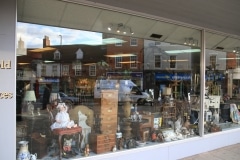 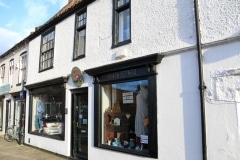 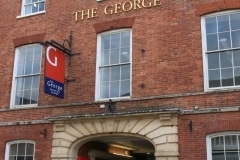 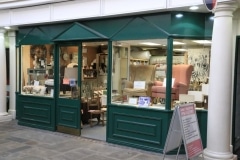 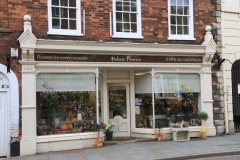 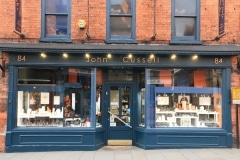 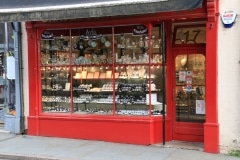 The Guildhall Arts Centre is a community-centred venue that aims to offer its customers an innovative, stimulating and quality arts ...
Read More