Robert Browne puts Stamford at the heart of Mayflower 400

Visitors following the incredible story of the Pilgrims' Mayflower voyage in 1620 now have a new destination Stamford.

Stamford can lay claim to Robert Browne, one of the founding fathers of the Separatist movement that culminated in the sailing of the Mayflower from Boston to New Plymouth in Massachusetts in 1620.

Robert Browne was born at Tolethorpe Hall near Stamford, now home to the Stamford Shakespeare Company, and was headmaster at Stamford School from 1586-1591

He was descended from William Browne, Stamford's most illustrious benefactor, and became a major motivational force behind the Separatist, or congregationalist, movement as the clergyman who spawned and fostered then-radical theologies and beliefs of religious freedom.

Spurning his privileged upbringing, Browne led illegal underground congregations in direct conflict with the religious laws of Elizabeth 1 which required worship within the Church of England. Men were later hanged for selling his writings.

Browne himself was one of a party of early Brownist Puritans dissenters who had first, briefly, fled the volatile political environment in England for the relative calm and tolerance of 17th-century Holland in the Netherlands in the 1580s.

He spawned a force which would become powerful on both sides of the Atlantic when the second generation of Separatists took their ideas of religious freedom on the Mayflower to establish the colony of New Plymouth in Massachusetts. For the first 200 years of the colony it was actually called the Brownist Emigration.

Stamford's United Reform Church on Star Lane is the modern face of the separatist or congregationalist movement, and its doors will be open to visitors.

All around Stamford are the legacies of William Browne, whose fabulous wealth was built on the wool trade. He endowed Browne's Hospital medieval almshouses in Broad Street, and Stamford's Endowed School, plus extended and embellished All Saint's Church in Red Lion Square.  Near to Stamford, Burghley House also played a role.  The Browne family was related to the Cecil family which built Burghley - and Robert Browne several times needed the help of his kinsman William Cecil, Lord High Treasurer to Queen Elizabeth, to get him out of trouble. 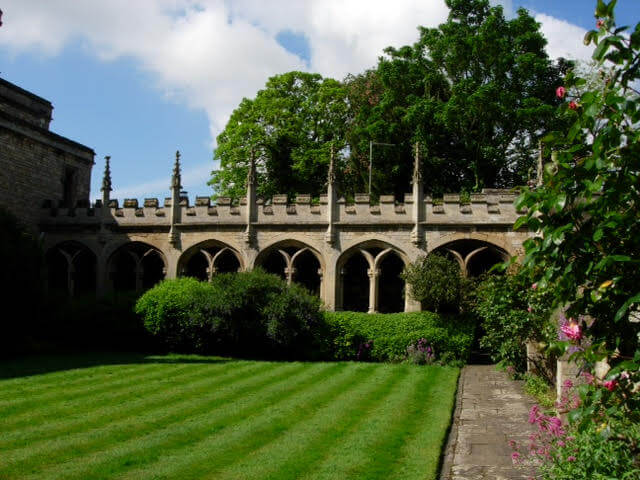