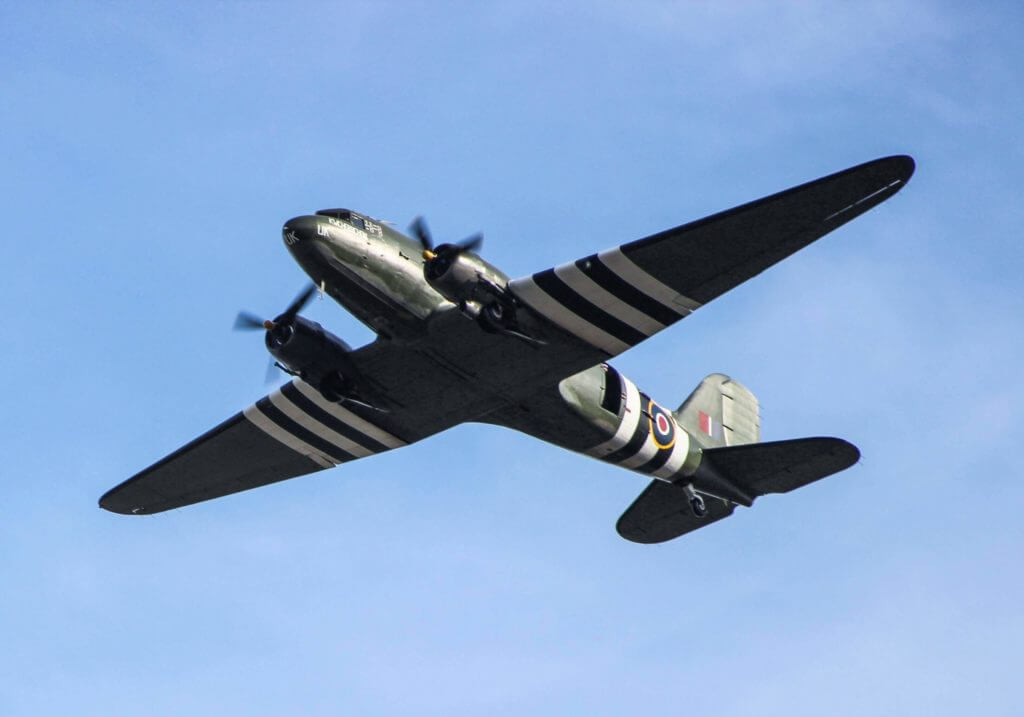 South West  Lincolnshire has a proud history of aviation endeavour, from World War I to World War II and on to the Cold War.

Both have left lasting legacies within South Kesteven.

D-Day actually started at RAF North Witham, then United States Army Air Force station 479 near Colsterworth, when an elite group of Pathfinder paratroopers took off for Normandy at 21.54 on 5 June on a top-secret pre-invasion mission.

St Vincent's Church in Caythorpe has unique status as a shrine to airborne forces. Since 1944, when Parachute Signals Squadron adopted the church as its spiritual home during training for Arnhem, the church has amassed a fascinating collection of airborne forces memorabilia, including stained glass windows, the last battle order from Oosterbeck Church and an Arnhem aisle and carpet.

Our Heritage of Flight publication (out of print since 2020) records airfield sites, inspires imagination and encourages people to ponder the history on our doorstep - reflecting abiding memories from another era and the huge debt of gratitude owed to service personnel from across the globe who served here in South Kesteven.

Watch our video harking back to the eve of D-Day – and the mid-air training collision over Lincolnshire that killed seven combat decorated veterans and Major Jerry, the pilot’s Dalmatian dog and canine forces celebrity.